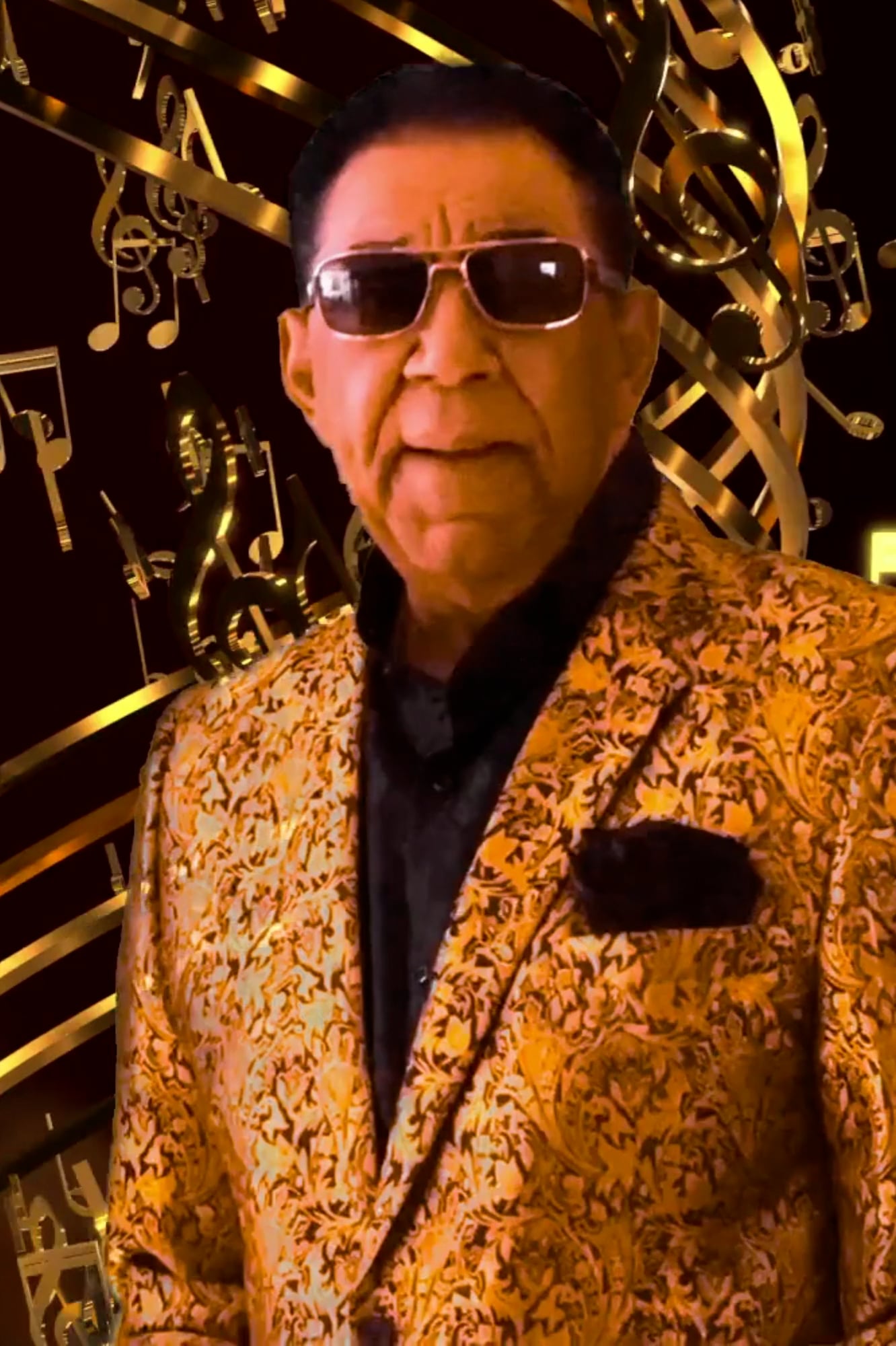 Comprehensive book on the History of The Flamingos

"What got The Flamingos through the dark days was a positive mindset.

It meant knowing the only way to reach the top was to rehearse, rehearse and rehearse!"

Featuring Rock & Roll Hall of Fame Inductees and some of your favorites artist's stories of the music industry.

“Who else could take this song and improve upon it? Well, I listened to it. My heart went pitty-pat. I was captured by it, I was smitten by what you did with this song. It’s new and yet it makes me feel comfortable. And, Terry that’s a very important thing. You take a song that everyone's comfortable with and yet you gave it a new jive, a new feeling, but I feel I am so comfortable with what you did.“

“ ‘I Only Have Eyes For You’ by Terry Isaiah Johnson is my Valentines song pic for 2020.”

I Only Have Eyes For You

Knock Knock (Let Me In)

Terry's career has taken him to all corners of the world collaborating with the most talented people on the planet.

Here with Sammy Strain of The O‘ Jays

Singer, Song writer, Producer — Terry Johnson has always had the most polished and entertaining shows in the music business.   Whether he is producing your record or performing a show, you can be sure it will be the best quality offered in the music industry today.

The Grammy Hall of Fame

(his arrangement of 'I Only Have Eyes For You')

The Rock & Roll Hall of Fame

The Vocal Group Hall of Fame

Wildwood Avenue of the Stars Award

Collaborate with Terry Johnson on your project.

Consultation for organizing your event.

Recommendations and hiring entertainment for your event.

"Two brilliant knockout tracks, instantly dance-able! We get the buzz."

Argyll FM in the UK

Terry released 2 solo recordings under the name Terry (Buzzy) Johnson,  'Knock Knock (Let Me In)' and 'OooYa Wit' . They both placed #1 for 4 consecutive weeks on the Euro Indie Chart.

The Flamingos - loved by fans, revered by fellow singers and enshrined forever into the Rock & Roll Hall of Fame as eternal proof of it all. From the time he wrote and sang lead on "Lovers Never Say Goodbye", Terry Johnson , knew he had created something transcendent. With the release of Terry's arrangement of  "I Only Have Eyes for You" a year later, The Flamingos' reputation was cemented as the pre-eminent vocal group of their era. Rolling Stone Magazine even called them, "one of the, if not the, best" of the time. Billboard Magazine states "The Flamingos are hailed as one of the finest and most influential vocal groups in music history." The singles and the albums - totaling 9 national smash hits - all musically and vocally produced and some authored by Terry Johnson, just kept on coming,  and even though the original group splintered when Terry left in 1962, The Flamingos live on today with Johnson's new spotlight companions. "This has been viewed as one of the best shows we have ever offered our guests." by Tom Ducey, Asst. Director of Marketing, Atlantis Casino Resort Spa, Reno, NV.

A SCRATCH MADE IN HEAVEN

Do you have questions about what I can do for your event? Are you interested in collaborating on a project? Send me a message, and I will get back to you soon.